Prospect contacted our firm about the need to define a “part numbering system” for a 35-year old company. Just before the initial client meeting, we learned that there were also significant issues with respect to inventory control. During the initial client meeting, the CEO identified his concern that the company had not benefited from its investment in ERP and that the use of the ERP system was really an afterthought.

While conducting an assessment, we learned that the company had far more than a “part numbering system” issue. Here’s a snapshot of what we found:

We assisted the client in the following areas:

The company’s manufacturing cycle times for its highly-engineered custom products dropped from approximately 12-16 weeks to 4-6 weeks; the raw inventory levels dropped by 50% freeing hundreds of thousands of dollars of cash; and the ERP software is now mission-critical to running the day-to-day business. And, most importantly, the company was now more “process dependent” than “people dependent.”

The CEO of this small company also did one very gutsy but absolutely courageous thing. He could have stopped spending money with our firm after about 4 months time but chose to have us stay on for an additional 5 months to make sure the new processes and procedures really took hold in the company. When we met with him 3 years later, he expressed his delight about how successful the project had been and how much better his company was running. Everything that we had done for them has continued to persist over time.

Client needed assistance defining an operational infrastructure necessary to transition the company from being a start-up “product development” company to a complete sales, manufacturing, service and distribution company.

Met client’s requirements for completing effort; built an operational infrastructure consistent with culture and business needs. Client had appropriate tools and processes to accommodate multiple sites spread throughout California as well as support outsourced manufacturing. Suppliers had access to latest drawings. Engineering Change Orders could be approved and incorporated in Engineering documentation and ERP within a few hours.

Duration of the engagement: 7 months

Helped client document their business and technical requirements, reviewed and resolved critical business issues related to the application design, provided focus for a software application that not only addressed internal departmental needs but also looked to future business needs, worked with internal IT and Accenture project managers and programmers to resolve issues, ensure that client’s needs were properly communicated and addressed. We helped our client through the trials and tribulations of a major software development effort, an area that was foreign and overwhelming to our client and the organization.

Our client obtained software applications that truly reflect their business and technical needs.

Duration of the engagement: 5 months

Conducted a Needs Assessment to understand what areas were adversely impacting the client’s cycle time. We learned that expert knowledge needed to validate a customer’s order requirements was dispersed throughout this Fortune 500 semiconductor manufacturer’s organization and was not documented in any formal way. To validate a customer’s requirements required leaving voice mail and e-mail messages for the “experts” who were already burdened with meeting current customer needs.

Working with two of my client’s team members (his department manager and a staff member), we designed and helped our client implement a “Process and Packaging Capabilities Guide” as a centralized repository of expert knowledge to be used as a reference document for Specification Review Department to validate a customer’s technical requirements.

My client’s cycle time reduction goal was met: we reduced the cycle time from five days to one. Customer Order Manangement was able to eliminate nearly a week of administrative lead time, which improved their competitiveness and customer satisfaction.

Our firm was referred to client as being an “expert” who could help them implement a configurator application—a tool to select features and options associated with a broad and diverse set of product lines for a semiconductor capital equipment manufacturer.

Prospective client asked our firm principal to assess an “off-the-shelf” configurator application that the company had purchased, by attending a 2-day seminar on this product. Within ½ day, it was apparent that this application would not solve their problem. They asked if I would work with them anyway using this application. We refused—we don’t take assignments that will not solve our client’s problems. They were shocked that a consulting firm would refuse a paying customer. They asked what they should do. We suggested they engage our firm for purposes of conducting a Requirements Analysis so we could:

For the first time, the client had a clear picture of their actual requirements and a strategy for addressing these requirements. The client was able to get their money refunded for the inappropriate computer application.

Lead Post-Merger Integration of 3 Companies Into 1

COO contacted our firm to lead the integration of three companies into one. We were given a clean sheet of paper to develop and immediately begin implementing the initial phase of integrating thecompanies.

Goal was to develop a task list for each area that (a) captured only those tasks essential creating a seamless transition to a single operating company, and (b) monitor progress against the task list.

There were a number of challenges in this project:

This project exceeded senior management’s objectives to create “one company” and set the stage for a number of follow-on projects within different departments. 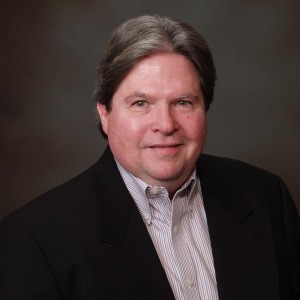 Dave Gardner is a management consultant, speaker, author, and blogger based in Silicon Valley. He's been in the front row for the birth and evolution of Silicon Valley, the innovation capital of the world. Since 1992, Dave Gardner focuses on making the complex simple around people, process and technology. Dave is the author of Mass Customization: An Enterprise-Wide Business Strategy - How Build to Order, Assemble to Order, Configure to Order, Make to Order, and Engineer to Order Manufacturers Increase Profits and Better Satisfy Customers.